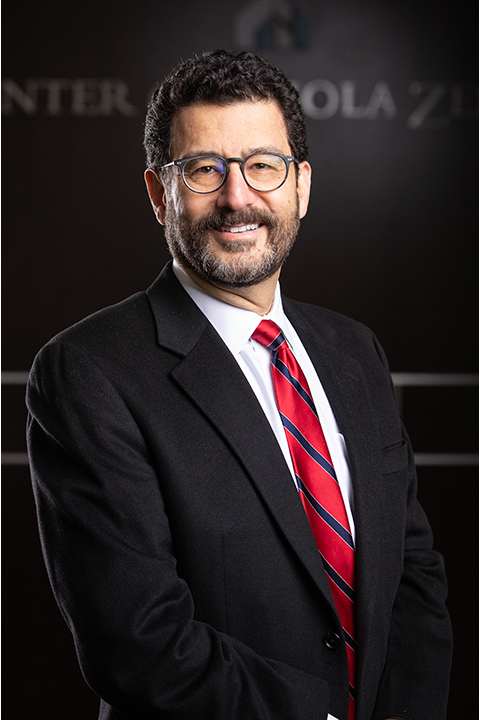 Kamy Molavi is of counsel to the firm.  Since 1991, Kamy’s practice has primarily focused in the areas of construction and surety law and commercial litigation. He has extensive experience representing general contractors, subcontractors, owners, design professionals and sureties. He has appeared before the state and federal courts in Georgia and other states, as well as arbitration panels, boards of contract appeal, and the U.S. Court of Federal Claims.  Disputes that Kamy has successfully handled include the following:

• Securing arbitration awards, in at least five (5) different cases, in favor of general contractor clients against their subcontractors claiming extra work and delays.

• Defending a metro-Atlanta county against a general contractor claiming unanticipated conditions and delays, and securing a favorable settlement after litigation in Superior Court.

• Defending a food processing company in multiple Gwinnett and Cobb County lawsuits filed by a general contractor and several subcontractors claiming unanticipated conditions, delays, and non-payment, and resolving them favorably to the client.

• Favorably resolving a masonry supplier’s claims against a large general contractor’s payment bonds after the masonry subcontractor went out of business and its surety proved fraudulent.

• Representing a general contractor in a $40M claim relating to a nuclear weapons de-commissioning facility in Indiana and securing a favorable recovery.

• Recovering on a supplier’s claim against an international construction firm relating to a nuclear fuel storage facility in Idaho.

• Securing a judgment rejecting the claims of an apartment owner against a contractor and requiring the owner to pay attorneys’ fees to the contractor, and successfully handling the owner’s appeal of the judgment.

• Recovery, without litigation, in favor of a subcontractor on a mechanic’s lien from a seafood processing company after the general contractor went out of business.

• Securing an arbitration award, including attorneys’ fees, in favor of a masonry subcontractor accused by a general contractor of delaying a school project.

• Securing an arbitration award, including attorneys’ fees, against an international general contractor in favor of a waterproofing subcontractor accused of delaying a multi-family high-rise project.

• Securing a defense verdict in favor of an employer against a former employee.

• Representing a general contractor in quickly resolving demands by a golf-course owner in connection with a defective mechanic’s lien filed by a supplier.

In addition, a significant portion of Kamy’s construction practice relates to advice and counsel in the early stages of disputes, helping clients avoid litigation or prepare for it if necessary.

​Kamy is a member of the panel of neutrals of the American Arbitration Association, where he serves primarily as an arbitrator in construction cases.

For about six years before law school, Kamy was an estimator and project manager for commercial and industrial projects.

Kamy has published articles and spoken on numerous construction law topics for several organizations, including the Georgia Branch of the Associated Builders and Contractors (ABC), the Defense Research Institute, the State Bar of Georgia, and various clients. His publications and speaking engagements include the following:

• Co-author of the Georgia chapter of “Fifty State Public Contracting” (with D.R. Hendrick and J.J. Nix, 1996).

• Contributor to and editor of the “Georgia Construction Law Manual” by T. B. Gary (2013).

• Co-author of the Georgia chapter of “Fifty State Public Contracting” (with D.R. Hendrick and J.J. Nix, 1996).

• Contributor to and editor of the “Georgia Construction Law Manual” by T. B. Gary (2013).

He is currently a member of the Board of Directors of Sandy Springs Conservancy.  He chaired the Management Education Committee of the Georgia Branch of the Associated Builders and Contractors for several years.  He is a former member of the Board of Directors of the Construction Management Association of America (South Atlantic Chapter), the former chair of the Legislative Affairs Committee and Professional Engineers in Construction of Georgia Society of Professional Engineers, a former board member for CHRIS Kids, Inc., and a former volunteer with Meals on Wheels.

Georgia Institute of Technology (Master of Science in Civil Engineering – 1981)